He was born as Ragan Justes on February 10, 1921 to William Harvey Justes and Minnie Mead Brock in Tennessee.  By the time he was two, the family was living in London, Laurel County, Kentucky.  At the age of nine, he had moved with his family to Morgan County, Tennessee.  Then, as he turned 14, the family was residing in rural Lee County, Virginia.  When he enlisted in the USMCR on August 4, 1942, they were living in Pennington Gap, Lee County, Virginia.  Most of the information contained in this tribute was found in US Marine Corps Muster Rolls in which he is listed as William R. Justice.  As with many Justes, Jestes, Justus, family members who joined the Armed Forces, their names became Justice as a favor of the Federal Government.

This photo was obtained from a FindAGrave for Ragan Brock Justice supplied by RJA.

By October of 1942, PVT Ragan Justice was stationed in New River, North Carolina with Company M, 3rd Battalion, 21st Marine Regiment (Reinforced), 3rd Marine Division and was being transferred to Company K.  By July of 1943 he had been promoted to PFC and was still with Company K but now was fighting in the Marshall Islands on Guam.  In January of 1944, PFC Ragan Justice was in the Rear Echelon as a patient in the Division Field Hospital from wounds incurred in action.

By July, 1944 he had been promoted to Corporal and was still confined to the hospital after being wounded in action.  Then on July 22, 1944 according to the last Muster Roll he was deceased from “wounds received in action”.  His FindAGrave shows a death date of July 23, 1944, but the Muster Roll reveals it was a day earlier. 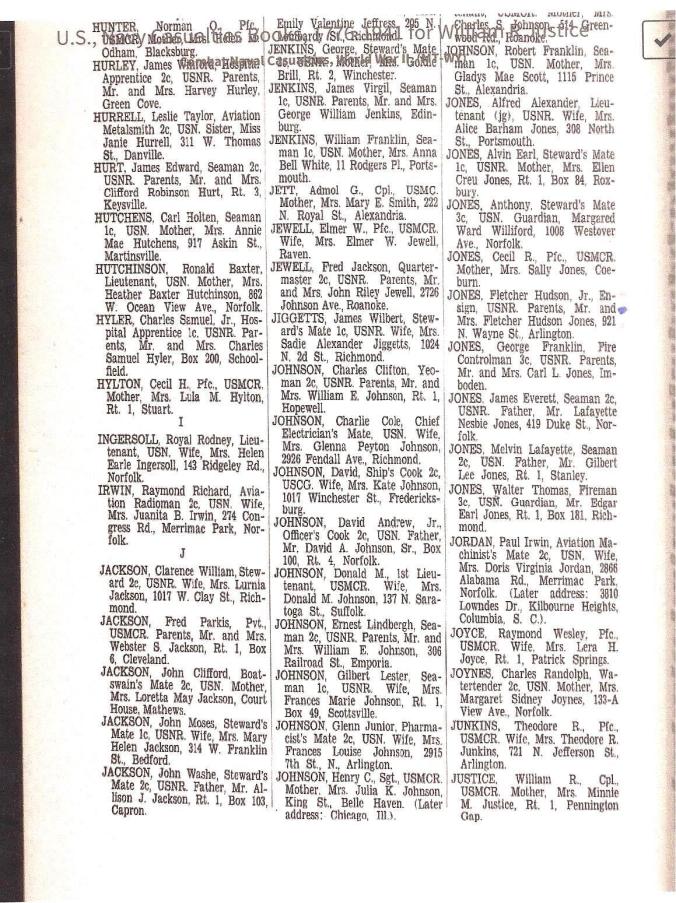 This record of Virginia deaths in the WWII Casualties Books shows his information at the very bottom of the page, to include his mother’s name.

William Ragan Brock Justes/Justice gave his life in service to his country on a distant island defending his nation from an evil empire of the Japanese.  His body was returned to the United States and he was buried in Pleasant View Cemetery in London, Laurel County, Kentucky.  I salute you Corporal Ragan Brock Justice for your sacrifice for the people of this country.

2 thoughts on “A Memorial Day Tribute to Ragan Brock Justice”