On July 4, 1776, the Declaration of Independence was signed by representatives of the then 13 Colonies of the British Kingdom.  But this was just the beginning.  Those 13 independent states then fought a war with a much superior army of the British Empire.  With state militias and an army of farmers and businessmen and craftsmen, George Washington defeated the army of the King of England.  The Articles of Federation had become the governing document of the new states, and a group of representatives was convened to approve that as the basis of the government of the United States of America.  Instead, they produced a document that created an entirely new form of government.  This document was the Constitution of the United States of America.  This new constitution was signed on September 17, 1787, however it required that 9 of the original 13 states ratify the Constitution before it could become the law of the land.

Yesterday was the 230th Anniversary of the signing of the Constitution, and your old uncle, Thereisno not Sam, thought it appropriate to give some time to talking about the significance of a little known holiday, Constitution Day.  Possibly it should be The September Holiday, and maybe even be celebrated more than July 4th, just a thought.

It took 10 months and the promise of a Bill of Rights before the required 9 states would ratify the Constitution.  Virginia and New York were still skeptical, and it was well into 1788 before they ever ratified the document.  North Carolina was still unsure of a Bill of Rights that guaranteed states and individuals the freedoms they deserved, and they did not ratify the Constitution until 1789.  The last state to ratify the Constitution was Rhode Island, and they did so by only 2 votes on May 29, 1790.  The original states were finally unified as a radical new form of government that was truly of the people, by the people, and for the people.  Our country has not been perfect by any means, but it has been vastly superior to Marxist, Aristocratic, and Fascist governments under which people have little or no rights.

A very important part of making our constitutional republic continue on successfully is an educated populace.  We need to understand what it is that makes our country so desirable a place for people of other countries.  The Constitution coupled with the Bill of Rights and our Free Enterprise system provide a great deal of the reason why our country has always been a desirable place to call home.  It is my firm belief that everyone should own their own copy of the Constitution of the United States of America, the Declaration of Independence, and the Bill of Rights.  There are many places from which to obtain copies, just Google it. 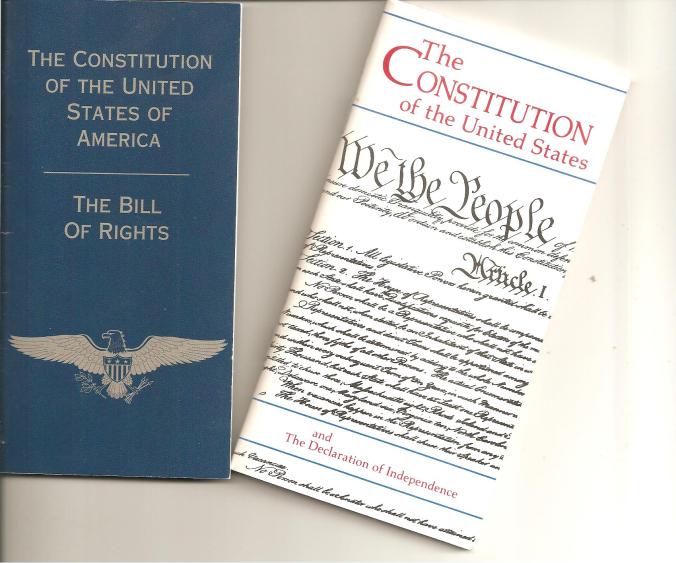 The beauty of our Constitution is that it puts forth the powers possessed by the Federal government, and it restrains that government by establishing the rights of the people and the states in the Bill of Rights.  Take some time to read into the Declaration of Independence, the Constitution, and the Bill of Rights.  They are very concise and have served this country very well for 230 years.  Our Constitution is still as viable and useful a document as when it was it was written.  Take a look at all the amendments to the Constitution over the years, too.

Constitution Day is a much more important holiday than some other holidays we observe, and should be held in much higher esteem.  It is the most important unknown holiday.

Thank you for your time, and I will see you on down the road.

This story first appeared in another format on this past Memorial Day to honor the sacrifice made by Roy Elmer Vittatoe in World War II.  It bears repeating here to once again acknowledge our gratitude to those who fought and died to preserve the many freedoms we enjoy to this day.

Roy Elmer was a first cousin of Uncle Thereisno.  He was born to John Washington Vittatoe and Sallie Matilda Justice on May 1, 1920 in Petros, Morgan County, Tennessee. 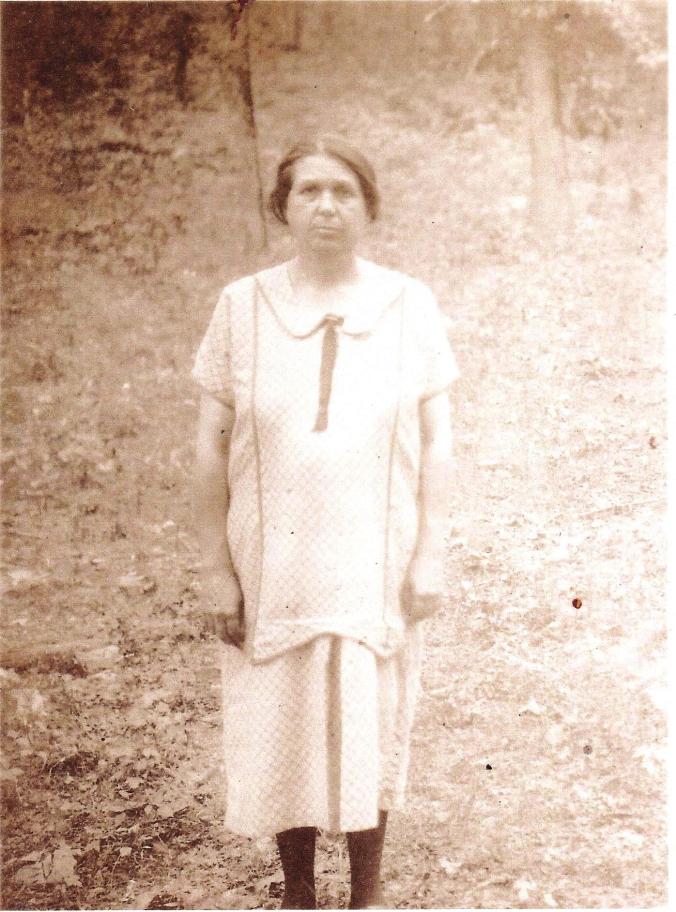 In the 1940 Federal Census, Roy Elmer was working as a coal miner in Morgan County.  By the time he enlisted in the US Army as a private on July 25, 1944 at Camp Forrest, Tennessee, he was married and had at least two daughters.

Private Vittatoe was assigned to Company C, 381st Regiment, 96th Infantry Division, and deployed to the Pacific Theater.  By the time he arrived in the Pacific, he had been promoted to PFC.  In late March of 1945, his unit landed by troop transport ship on the Japanese island of Okinawa, also known as Ryukyu Retto.  The Battle of Okinawa began on April 1, 1945, and was the last major battle of World War II.  The Okinawa Campaign involved about 287,000 US Army and Air Corps, US Marines, and US Navy.  The progress of Company C was a slow, tedious, and bloody fight to take out Japanese soldiers and their pillboxes.  The Japanese had little regard for their own civilians, and about 100,000 of them died as a result of the hellish fighting, many at the hands of Japanese soldiers.  The Japanese also lost close to 100,000 military during the Okinawa Campaign.  The US military lost some 14,000 during the time from April 1 to June 22, 1945.  On June 15, 1945, while fighting on the front lines in the Battle of Okinawa, PFC Roy Elmer Vittatoe was killed by the Japanese.  He was originally interred in Okinawa Island Cemetery.  The Commander of the US Forces in Okinawa, General Simon Buckner, also was killed during an artillery shelling by the Japanese.  Victory on Okinawa was declared on June 22, 1945.  PFC Vittatoe was awarded the Bronze Star and the Purple Heart posthumously.  Then, on March 9, 1949, his remains were moved and he received a proper burial in the National Memorial Cemetery of the Pacific in Honolulu, Oahu, Hawaii (The Punchbowl).  His military headstone is located in Plot O, Row O, grave # 266.  If you should venture into  the island paradise take the time to pay a reverent visit to PFC Vittatoe’s grave. 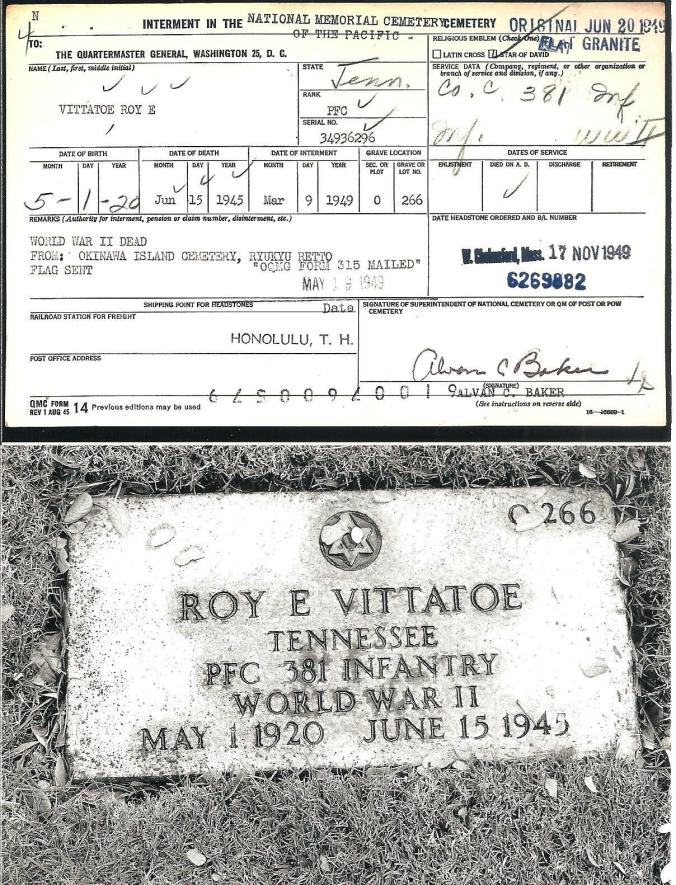 Military Interment Form and Headstone, from Ancestry and Find A Grave.

As I close, just remember what I always tell my kids “Liberty for All and Justice for a select Few.”  I’ll see you on down the road.